“I’m not going to roll with you differently”

Yesterday I rolled with a guy in my class I’d never rolled with before. He’s all muscle, had about 4 years of no gi training, plus about 3 or 4 years of wrestling, yet he’s really new to the gi.

I’m new to all of it. June 1, 2010 baby! Also, a bit of a fattie, especially compared to this beefstick. I think his shoulder muscle was as big as my head. o_O 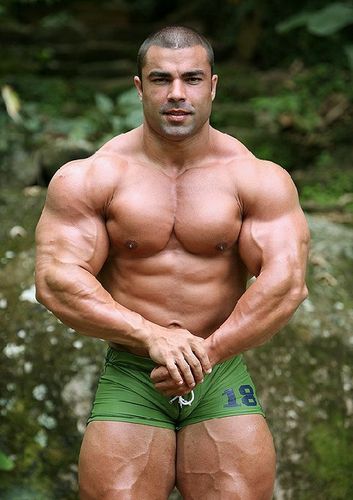 So we’re rolling and he is clearly trying to point out the weaknesses in my game (I like to say I don’t even have a game yet–I am collecting pieces), but he’s just knocking me over, knocking me over, knocking me over. Then he grabs my collar, setting me up for a cross collar choke and says “I’m not going to roll with you differently because you’re a girl (okay, he might have said woman or female). It wouldn’t be respectful to you” and then chokes me, but my neck/hair got caught and it cricked my neck. For the next full minute I couldn’t get full rotation of my neck without pain. Thanks, dude.

Still, his statement bugged me. Did he think that I was thinking “omg boy is beating me up?” Did my face say something that my mind wasn’t thinking? Why would he SAY that to me? Grrrr. This really is the first time a guy has brought up me being a woman. And in such a weird way.

Do I respect him saying it rather than thinking it? It was really weird to hear and really weird timing. In short, it felt really confusing–frustratingly so. Honestly, I don’t care about him rolling with me like I’m a man–but I would certainly hope he’d roll a tiny bit differently with someone who CLEARLY is not as strong as he, and who CLEARLY doesn’t have an athletic background, and who CLEARLY has not been doing this long. Yeah, dude, I get that you’re better than me.

What do you think? I can’t figure out if it’s slightly douche-baggy, cool, his excuse to be aggressive with people, or answer d.

Today I read about Mack Beggs, a 17-year-old transgender boy, who recently won the Texas state girls’ wrestling title. The family of Mack Beggs has said he would rather be wrestling boys, but state policy calls for students to wrestle against the gender listed on their birth certificates. So Beggs, a junior from Euless Trinity, […]

I have decided I will compete. My instructor bullied me into it. Here was our conversation: Jiu Jiu’s note: I showed Diego the picture to make sure he was okay with me posting it. He responded by saying: The point is not that competition just makes you improve; it’s that it makes you improve fast. It […]