What skills/abilities do you draw upon?

For me, effective writing is when your writing does its intended purpose AND your writer can see your point of view. That’s the most basic. I realized in the responses to my post “How easy is BJJ for you,” that what I wrote wasn’t really what I wanted to say! So here it is:

Which of your personal abilities or skills do you draw upon when you are doing BJJ?

Someone great at lifting can draw upon their strength.

Someone great at lying can trick their opponents into thinking they’re going for one move and instead go for another. 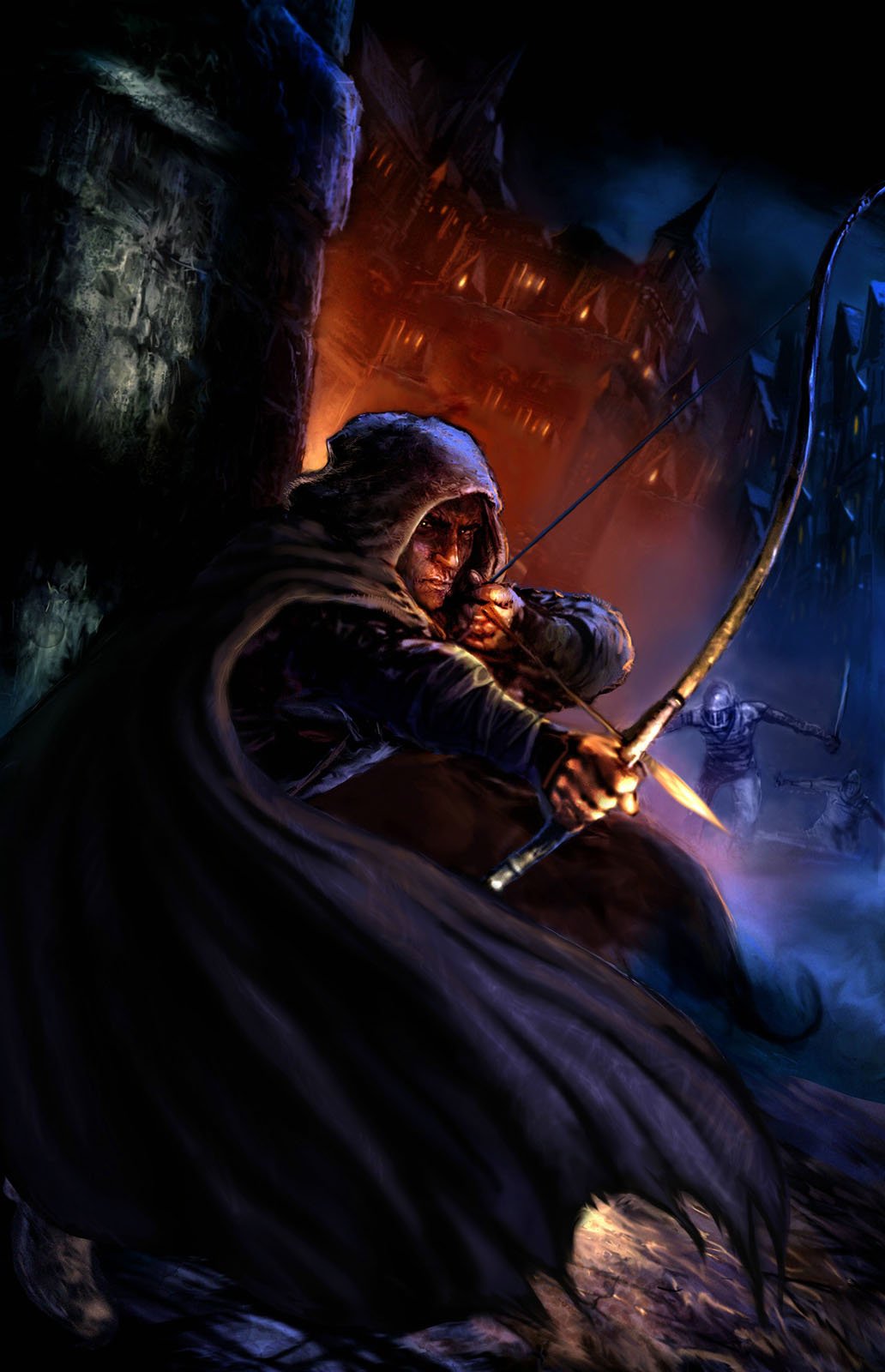 Okay, so we don’t use arrows. Still, great pic of a thief!

And so on. In D&D we have character sheets which quantify your abilities. The major ones are: Strength, Constitution, Dexterity, Wisdom, Intelligence, and Charisma. There are also skills, such as acrobatics, jump, ride, track, etc.

According to my character sheet, I have fairly average strength, I have low constitution (hence playing flu jitsu all the time), and low dexterity. My intelligence is high (though judging by my poor choices, I have a low wisdom), and I have a high charisma. Looking further down on my character sheet, I don’t have many physical skills to draw from either, and my high levels in “TV marathoning” don’t get me so far on the mats.

This is me, playing Oddwyn the Dwarf. She was saying “MY HAMMER IS THIRSTY FOR BLOOD.” She had high strength and constitution.

This means that I have to draw upon my brain for most of my help in BJJ. Though, my weight is a helpful advantage when I can have it used in my favor! I think the skills I draw upon most are my intelligence and my charisma. Definitely charisma, since I try to make up for lack of skill by being a fun and nice partner. And I apply my intelligence–try to figure out why we are doing what we’re doing, asking questions like: would it be a good choice to do X, Y or Z next? and recognizing what my partner is doing. Now, if only I could use my knowledge of gaming to good use.

Did I mention I’m a nerd?

Me role playing with my friends and their kids. Actual gamers in their natural habitat!

So, which of YOUR abilities or skills do you rely/draw upon when you are doing BJJ?

How is your training coming?

I want to check in with you guys! I have been keeping my head down, training hard. I have hit my goals for the past two months! In January I trained 10 days out of 31, and I went to one Friday class, and one Sunday open mat. In February I made it 11 days […]