What is your BJJ albatross?

The Rime of the Ancient Mariner by Samuel Taylor Coleridge. To sailors, an albatross represented good luck to sailors, but in this story, the Mariner killed it. When things went wrong, the sailors on the ship hung the albatross around the Mariner’s neck.

Ah ! well a-day ! what evil looks
Had I from old and young !
Instead of the cross, the Albatross
About my neck was hung.

The phrase “an albatross around my neck” refers to some burden or curse someone feels they have. It could mean what is holding you back – whether in reality or in your mind.

Applying this to BJJ today I realized that there are lots of psychological things that can hold us back, and it got me thinking – what is the albatross around my neck that keeps me from realizing my full potential?

My break. I realized today that this is twice in one week that I blamed my 8 month break on why I didn’t know something that I should have known. I use it as my excuse. When I started, I didn’t let my terrible shape hold me back – I was just excited to get out on the mats. Every thing I could do was a success. If I couldn’t do something because I was too fat – I tried, failed, and shrugged it off and knew why, but I kept trying.

Is my break from jiu jitsu a real or imagined reason my progression is being held up? Hard to say, but in any case, it IS holding me back in my jiu jitsu. It’s my excuse I can fall back on for why I can’t execute an omoplata. It’s what I can point at and say – hey – not really my fault. No longer. If I can’t do a damn omoplata, that’s on ME. I can’t do it because I didn’t learn it well enough and need to drill it. If I find a hole in my knowledge, I need to exploit that and learn it well rather than blame something. 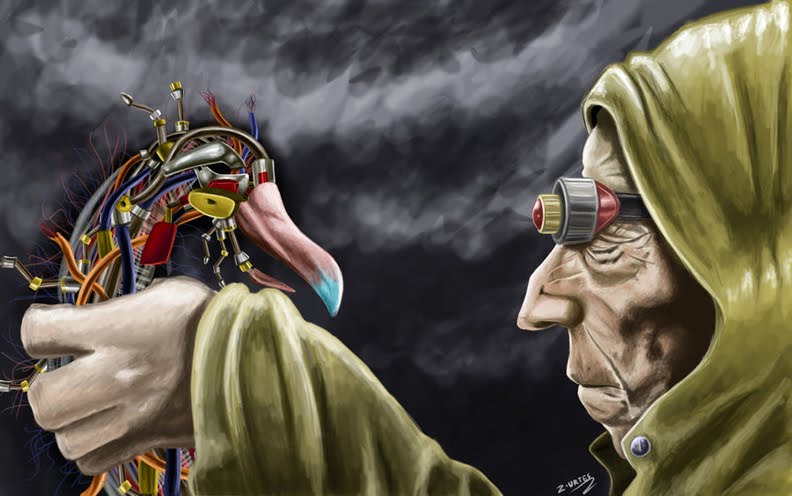 Great take on the Rime of the Ancient Mariner by Zach Urtes http://zachurtes.blogspot.kr/2010/09/general-illustrations.html

How about you? What is holding you back? What are you blaming as your reason for not improving? Is it your physicality? Is it your flexibility? Everyone in the gym is just so much more naturally gifted than you? I’m not asking what your limitations are – we all have them, but I’m asking what, if anything, you are blaming on holding you back.

Brazilian Jiu JitsuBecause knowing is half the battle, Injuries, Motivation

How is your training coming?

I want to check in with you guys! I have been keeping my head down, training hard. I have hit my goals for the past two months! In January I trained 10 days out of 31, and I went to one Friday class, and one Sunday open mat. In February I made it 11 days […]